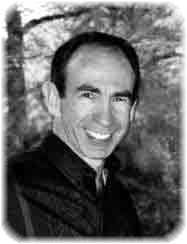 A passenger on a United flight asked the
flight attendant, prior to take-off, if there would be a meal served on
the flight.  The next thing he knows, two police 'escort' him off
the plane and tell him he isn't allowed to fly due to security concerns.
Huh?

Now let me tell you some more.  The guy
isn't just some nobody who might be making this all up.  He is
Joseph Sugarman, a 71 year old gentleman well known and respected in the
US and international marketing community (I've read some of his books
myself in years gone by) and pictured here.  And he isn't an
ordinary passenger.  He is a United 1K frequent flier, and he was
traveling in first class.  Double huh?

Apparently the flight attendant misheard him
and thought he asked 'Are there any police aboard'.  But, even if
that was what Joe said (and there's no reason whatsoever to think he did
say that – Joe is a highly credible and respected member of the business
community who 'knows the rules' about flying, etc) is asking that
question a reason to toss any passenger off the flight, let alone an
elite level frequent flier?

Plane interiors are noisy.  Shouldn't
the flight attendant first have said 'I'm sorry, I didn't hear you
clearly, would you mind repeating that?'

The word 'paranoia' comes to mind.
Along with a few other choice ones.  But I'll let Joe himself have
the last word – as he says in
his own
article about his experience (they booked him on the next flight out
instead)  'Question? If I was too dangerous to fly on my original
flight why did they book me on the next United flight. It didn’t make
sense.'