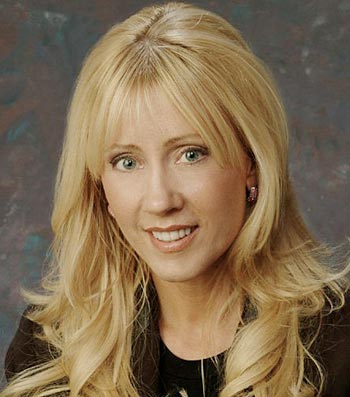 There are probably few customer service
failures that airlines ever regret, but there are two huge exceptions.
The first was when Ralph Nader was

bumped off an Allegheny Airlines flight in 1972.  The outcome
of that – after a case that went all the way to the Supreme Court – was
a law requring airlines to pay compensation to any passengers they
involuntarily bump off a flight.

(See our article series for full details of

your rights if denied boarding and bumped off a flight.)

The second exception would have to be when
bad weather caused American Airlines to imprison passengers on 121
different Dallas bound flights, while their planes sat on runways,
sometimes for more than 9 hours, in December 2006.  One of the
thousands of affected passengers was a Ms Kate Hanni, and she took her
bad experience and used it to create a one-woman crusade against the
airlines, seeking some type of law to prohibit airlines from repeating
such experiences.  She finally secured victory of sorts earlier
this year when the Department of Transportation announced huge fines
that it might potentially levy against airlines that caused passengers
to be stuck on a plane on the ground for more than three hours.

Kate quickly became a media darling.
She was intelligent, articulate and attractive; a breath of fresh air
and a woman with no hidden agenda in happy contrast to most of the
'talking head' commentators out there.  She was what she seemed to
be – a wronged 'ordinary man in the street' and on a crusade to right
that and all future wrongs related to trapping passengers on planes.

She combined her natural attributes with
savvy self-promotion, and surrounded herself with the mantle of a new
organization, now known as FlyersRights.org.  She coopted in other
people to help, and claimed to have the support of tens of thousands of
upset angry passengers demanding action.

In truth, her campaigning probably did
contribute to an ongoing level of awareness about this issue, and her
omnipresent ability to appear on any television show at any time gave
the media a ready foil to airline blustering and political posturing.
Her actions and an overall sense of frustration and expired forbearance
saw several different bills, with varying levels of potential
effectiveness, make varying amounts of progress through Congress and the
Senate, until the DoT, sensing the frustration level both in the public
and in the halls of political power, took action on its own.

I was initially disappointed that Kate was
single-mindedly focused on a single issue to the exclusion of all other
issues – the getting trapped on a plane on the tarmac issue.  More
recently, I've been dismayed to see her branching out into all sorts of
other unrelated aviation issues, and advocating government interventions
that are only a hair's breadth short of semi-re-regulating the airline
industry, a deed no sane minded person should seek.

Her organization has always been 99% herself
and perhaps only 1% other people.  Unsurprisingly, she has
attracted some negative attention (and last year even made a claim that
Delta Airlines had hacked into her computers), and of course, few
executives in the airlines are pleased to see her nipping at their feet.

And now, in an

extensive three page article series, Travel Weekly – an industry
publication targeted mainly at travel agents – reports on a number of
complaints and issues alleged by current and former members of Hanni's
organization, including allegations that she skewed the numbers on her
airline industry 'report card' to unfairly show airlines she disliked in
the most negative light, and that she massively exaggerated in testimony
to Congress about the size of her organization and its degree of
support.

Also fascinating is the claim that she had
one of her organization's members going through a competing pundit's
trash in the hope of finding some compromising data to use against him
(Kevin Mitchell of the Business Travel Coalition), and claims of
financial irregularities in how her organization accounts for the
support it receives.

Some, much, or maybe even all of this may be
true.  But it had been my general feeling that for all her
imperfections (and, after all, who among us are perfect?) she was an
overall net positive force for good in terms of encouraging venal
airlines to improve their game.  So what I find most unusual of all
in this unusually lengthy and detailed article is why it was written in
the first place.  I don't read every issue of Travel Weekly from
cover to cover, so maybe I've just missed similar articles in the past,
but I can't recall ever seeing them launch such an attack piece on any
other industry figure and organization.

Furthermore, Travel Weekly's prime audience
is travel agents, and this is surely not an article that travel agents
would wish to see published or an industry figure they would wish to see
demolished.  Kate's attempts to make travel less awful surely
encourage us all to fly, thereby benefiting travel agents and their
customers.  I'd have thought a travel agent focused magazine – one
that fills its covers from week to week with 'cheerleading' of causes
that are relevant to travel agents, and adopting a view of the world and
advocacy position closely in line with that of its agent readers – would
therefore be more sympathetic in its tone.

There's more than a whiff of 'payback' in
this article, and while Kate has certainly brought a lot of this upon
herself, I'm very surprised to see Travel Weekly leading the attack
against Kate.  What I'd really like to see next from Travel Weekly
is the story behind the story – 'Why We Decided To Attack Kate Hanni In
a Huge Three Page Article that is Longer than Any Other Article on our
Site'.

But I better stop now, for fear of arousing
Travel Weekly's ire and having them dedicate a three page article
against me too!

2 thoughts on “Puzzling Article about Infighting and Dirt at FlyersRights.org”