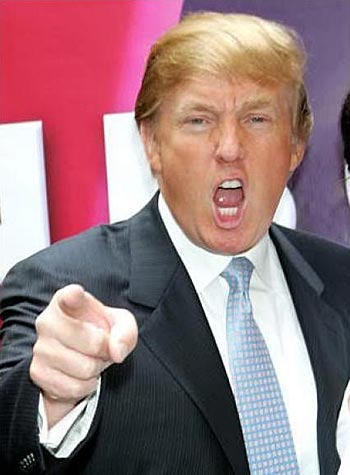 More evidence of a return to boom times
for the airlines.  IATA reports that world scheduled airline
passenger traffic rose 11.9% in June, compared to June 2009 while cargo
traffic rose a massive 26.5%.

Flights are now full just about everywhere
in the world, with an average load factor of 79.5% – a rate so high that
a few years ago it would have been thought impossible.

And another perspective on the rising
cost of air travel – the US Bureau of Transportation Statistics
calculates that airfares rose 4.1% in the first quarter of this year –
and that's without considering the impacts of all the extra sums we must
pay for baggage fees and everything else the airlines can dream up as
well.

And so the bottom line is that for the
second quarter of 2010, the US airlines had their second best quarter
ever in terms of both gross revenue and net profit, and within 1% of the
best profit result ever.

So you think the airlines would be feeling
fairly good about life, wouldn't you.  But no – being the dynamic
organizations they are, rather than happily accepting their renew
profits, they are hinting they want still more.  If you read
between the lines of

this press release from the airlines lobbying organization, ATA,
they have selectively chosen a specific time interval and are showing
how air fares have only increased 0.4% since 2008, whereas the CPI grew
2.3% in the same timeframe.

Their clear message – 'we can (and
should) increase our fares still more and it will be fair that we do it'.

But – let's think about that.  Firstly,
linking anything to the CPI is specious, and f they were to do so, how
do they feel about the 4.1% increase in fares over the last twelve
months, while the CPI presumably increased by little more than 1%?
By their own measure, they have increased their fares too much over the
last year.

Secondly, they don't say if the fare
comparison allows for the impact of all their new baggage fees, meal
fees, seat fees, and all the other fees they have brought to bear over
the last few years.  Add the cost of checking a bag or two, and
total up the true complete cost of flying in 2008 compared to now – I'll
wager that you'll find considerably more than a 0.4% increase.

However, the bottom line is clear.
The airlines are putting us on notice – expect more fare increases to
follow.

In another bit of ATA propaganda,
they are trying to change the perception of how they are currently
working the system to avoid paying the 7.5% federal airline ticket tax
on all the extra fees they charge us.  In

this blog comment, the ATA's CEO says that we, the passengers, are
better off without this tax being imposed, because if it were payable,
it would be a tax on us, not on the airlines.

Two comments in reply.  First, I guess
he has clearly answered the question about what the airlines would do if
the tax was imposed.  Rather than leave eg a $50 bag fee the same
and pass $3.75 of it on to the government, they would prefer to add an
extra $3.75 to the amount we pay.

Secondly, the airlines and ATA are always
moaning about the current level of taxes that we, the passengers, pay on
tickets.  The reason for their complaining?  They'd prefer
more of the money we pay to go direct to the airline rather than being
intercepted by the government, and they say that the taxes are making
air travel too costly for some people.  But apparently they're not
at all worried about the impact of adding another 7.5% to the fees they
charge us – fees which can sometimes exceed the price of the ticket
itself.

The new DoT rules – their threat to fine
airlines that trap people on planes for more than three hours – are in
place and seem to be working well, with massive reductions in tarmac
delays and only a very minor increase in cancelled flights.  The
airlines had predicted that if these rules were instituted, then there
would be huge cancellations of flights any time there was any risk of
any delay at all, and further predicted dire financial consequences for
the impoverished airline industry if facing massive fines for delays.

Instead the reality is very few flights were
cancelled (less than 1/100th of 1% – about 25 more cancellations in May
than the previous May, out of 550,000 departures); very few flights were
held on the ground (five, compared to 34 last year), and the airlines
are more profitable than ever before.

This is typical – the airlines predict
doom and gloom prior to any and every innovation or change.

Now that the regulations (which can fine
airlines up to $27,500 per passenger on a delayed flight) are in place,
the airlines are instead simply and sensibly enhancing their systems to
prevent delays occurring.  A shame they had to be bullied with such
a big stick, but after years of doing nothing, it was well past time to
bring some pressure to bear.

American Airlines, for example, is now
deploying a software program called 'Diversion Tracker/Diversion
Manager' that tracks how long a plane has been on the ground, and when
they would have to turn it round and return it to the gate in order to
stay within the three hour limit.  The software also advises the
airline on which airports represent the best airports to divert flights
to in case of weather or other problems.

I guess there are definitely some cases
where airline regulation is a good thing.

Law suits and fines……  The DoT has
fined Comair (a subsidiary of Delta) $275,000 due to not following
due procedure when bumping passengers off flights.  After
receiving multiple complaints, the DoT investigated and discovered that
Comair was not first calling for volunteers, and was not paying the
appropriate levels of denied boarding compensation.  Making their
sins even worse, apparently Comair was also filing 'inaccurate reports'
on the number of passengers they were bumping.

Does that mean Comair was telling lies in
its self-reporting to the DoT about passenger bumping?

Donald Trump is suing Palm Beach
International Airport, due to the noise of planes flying over his
nearby mansion.  He wants to block any further expansion at the
airport, and to stop flights from going directly over his estate.

But I do have one question for Trump (pictured at the top) :
Did you not realize there was an airport close to your house when you
bought it?  It has been there since 1936, which is way longer than
you've been there?

And – bonus question – do you, your guests
and your employees not use that airport yourselves?

An equally strange lawsuit is being
mounted by a woman who is suing American Airlines for $5 million,
because her bag was delayed by a day when she flew from Seattle to Grand
Rapids.  What a total waste of the court's time that lawsuit is,
especially because American Airlines wasn't even the last airline she
flew on (she flew AA from SEA to ORD, but then changed to a different
carrier (not specified) for the flight on to GRR).  Traditionally
it is the last carrier you fly on that is deemed responsible for any bag
delays or losses or compensation.