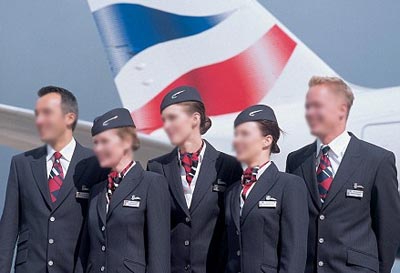 The last week has been a torrid time for airlines and their relationships with their employees.

The BA cabin crew’s latest series of four strikes were due to start this week, but at the last minute, a legal eagle at BA had a bright idea and filed for an injunction preventing the cabin crew from striking, due to the union failing to observe a trivial technical requirement of their strike balloting procedure.  A lower court sided with BA, but an appellate court found for the cabin crew, so the next strike is now set to take place from Monday next week.

This bit of legal wrangling was as much an own goal for BA at every point in the process as it ever was anything resembling a victory.

By delaying the latest round of strikes a week, BA has merely extended the period of uncertainty in the eyes of its traveling passengers.  It first won the injunction so close to when the strike was to start that it struggled to then return to a regular schedule, and now that it has lost on appeal, there’s no moral high ground or PR victory for BA to savor.  In taking its fractious employees to court – and losing – BA has surely strengthened the resolve of the cabin crew not to be bullied into submission.

This dispute no longer seems to be about BA needing to lower its costs for the future.  Apparently that part of the dispute is resolved.  The entire strike has somewhat deteriorated into BA cutting off its nose to spite its face.  By all accounts, it seems that BA and its union have now agreed on all the major points formerly between them, with the only outstanding issue being  BA insisting on withholding future travel privileges from striking cabin crew (as it had up-front threatened to do).  The cost to BA of giving this privilege back to cabin crew is close to nothing, while the cost to BA of the ongoing strike actions has to be measured in the hundreds of millions of dollars/pounds/euros – any currency you wish.  Is it really worth this much to BA to hold out for this?

The two sides should quickly kiss and make up.  Until they do, the cost to BA of each subsequent strike is massively higher than the cost to its cabin crew.  But the biggest losers of all are us, the passengers who had booked to travel on BA in good faith and now find ourselves uncertain as to what/when/where/how we might end up traveling, an uncertainty made all that much worse by the volcano eruptions in Iceland.  Now is not a good time for BA or its cabin crew to engage in a pissing contest, particularly because the direction of their respective emissions is towards us, their passengers, rather than into an oncoming wind, as it more rightfully should be.

In other labor relations problems, 98% of AirTran’s pilots have voted in favor of authorizing their union to call a strike.  The pilots have been without a contract for five years.  It will be a while before any strike eventuates, so no need to book away from AirTran just yet, but if you’re considering travel plans after 12 June (the earliest date that the pilots could strike, if it comes to that) you might want to think carefully about the potential downside of choosing AirTran.

Problems at AA too, with 97% of their flight attendants supporting strike action in a ballot result announced this week.  It will be a bit longer before they might go on strike, as they have yet to be given permission to start their 30 day cooling off period prior to initiating a strike.

In more industrial relations news, ATA has filed a lawsuit in federal court this week to try and overturn the National Mediation Board’s decision to change air and rail union voting rules, alleging that the board overstepped its bounds in reversing more than 75 years of precedent.

The NMB ruled last week that an airline work group can win representation if a majority of those participating in a certification election vote in favor.  Previously, a majority of all members of the work group, not just those casting votes, needed to vote in the affirmative.

Labor problems might be rising, but employment is falling.  March employment statistics record the 21st consecutive monthly decrease in airline staffing, with 3.8% fewer people employed in this March compared to March 2009, making the total airline employment now at the lowest point for any month since 1990.  Altogether, the industry employed 377,000 full-time equivalent employees.

The world’s most deadly airline?  One could definitely debate the methodology and the results it produced, but this article suggests the distinction goes to Aeroflot (probably based on historical data rather than recent accidents).

The big surprise though relates to which airline is claimed to be the world’s second deadliest airline.  That title goes to Air France.  In total, over the years, Air France has suffered 1,783 fatalities, including 228 in the mysterious crash of the flight from Rio de Janeiro to Paris last year.

The move by Spirit Airlines to charge passengers for taking larger pieces of carry-on baggage onto the plane with them has yet to be copied by any other US carriers.  But earlier this week, American Airlines tightened up its carry-on policies, and included the extraordinary statement ‘Failure to comply with the carry-on bag policy (which is approved by the FAA) could result in a civil penalty up to $25,000.00 USD per bag, per flight.’

In reality of course it is almost impossible to think how they could succeed in getting a $25,000 judgment awarded against a passenger, after the passenger had been allowed to walk past the gate agents and the flight crew to take the offending piece of oversized baggage onto the plane.  It would only be if the passenger refused to have the bag gate checked that AA would have any chance of bringing any sort of action against the passenger, and even then they would be unlikely to prevail and be awarded $25,000.

This is another sad indicator of the inane/insane adversarial role that airlines are taking with their passengers.  A ‘civil penalty’ of $25,000???  Has AA taken leave of their senses?  Do they really hate us as much as they now wish to inspire us to in turn hate them?

On the other hand, if they are saying they can penalize us $25,000 for taking a too-large bag onto a flight, I wonder what we in turn could now penalize them for?  Food for thought….

3 thoughts on “This Week’s Airline Roundup”