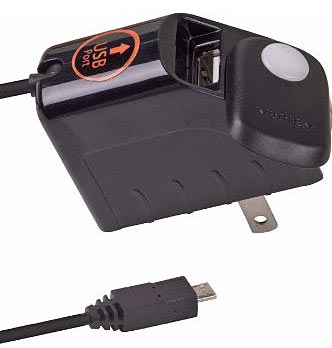 Did you know that the brick power supplies you use to charge your various electronic devices keep using power whenever they are plugged in, even if they are not charging anything?

Does that shock and horrify you?  If it does, stop what you’re doing and urgently buy an EcoCharge Power Supply, because it uses ten times less standby power (but about the same amount of regular power when actually charging a device).

On the other hand, the cost of that extra wasted power is probably something like 27c.  A year.  Which means that a $30 EcoCharge Power Supply would take, hmmm, 111 years to pay back its cost.  This calculation is ignoring the time value of money, and if that was factored in, alas, it would never pay for itself.  Which is rather the story of so much of the alternate power/eco world in which we are expected to now inhabit – great ideas but financially unappealing.

On the other hand, maybe you need to buy another brick power supply.  Maybe.  Just about everything you buy comes with
a charger, and if you’re like me, you have many more chargers than you have devices these days, and now that devices are slowly starting to settle on standard plugs (particularly the new Micro USB connector) you can reuse your chargers long after you’ve stopped using the devices they came with.

But if you do want a new power supply, you could choose between a generic power supply costing $5 – $15, or an EcoCharge for $30.  Which means the premium for being environmentally sensitive becomes only $15 – $25, and the payback could be as short as 55 years.

The unit weighs 2.6 oz – slightly heavier than its cheaper but less energy efficient competitors.  This does beg the question, if you’re ultra-sensitive to every last aspect of energy saving – how much extra energy went into producing a 2.6 oz rather than a 1.6 oz charger?  It would seem that a device that weighs 50% more than another device may have required 50% more energy to manufacture.  And think of the additional energy used to transport it with you any time you travel somewhere, too.

Okay, so I am slightly joking, but seriously, if the US designers and Chinese manufacturers of this unit were being fully sensitive to every dimension of energy saving, they could have reduced the weight by removing an unnecessary flap on the unit (and the sticker that they then need to place next to the flap to explain that it is a flap and can be opened to reveal a USB port inside), and could have reduced the weight still further by shortening the cord length (currently 1.5m/5′) or indeed selling the unit without a cord at all, just with a connector.  This would actually be a sensible idea for a second reason too – currently the cord is hardwired into the charger, and so you have to choose between a charger with a micro USB connector, a charger with a mini USB connector, or a charger with an iPod/iPhone/iPad connector.  If you have devices needing all three, you might need to buy two or three of these chargers rather than one, and how eco-unfriendly is that!

These days, ‘best practice’ with USB Chargers is to be to allow them to output more than the 0.5 Amp original USB power specification.  It allows for any device connected to a higher current unit to charge the device more quickly.  This unit does not seem to do that.

The three different models of the EcoCharge can be purchased direct from the manufacturer for $30-35 each (and up to $34 extra for shipping!) or from Amazon for sometimes less than $20 each, and possibly with free shipping too.